The Ampere Motor offering is now closed and is no longer accepting investments.

Ampere Motor aims to produce vehicles that are as stylish as they are affordable. Our three-wheel roadster is just under $10,000, making our vehicle accessible to everyone, not just the wealthy. People love that our roadsters are sophisticated, sleek, and fun to drive.

We have seen that many environmentally conscious people are consumers who have opted to trade out their traditional gas-guzzling vehicles for cleaner alternatives.

According to a recent report from the International Energy Agency (IEA), 2016 was a record year for electric vehicle (EV) sales. More than 750,000 EVs were sold worldwide last year, compared to 547,220 sold in 2015.  While that may sound like a lot, according to the same agency, it’s actually only 0.2% of the estimated 250-260 million vehicles on the road in the United States today.

Why so few? We believe it comes down to two reasons: lack of access and lack of options.

Most electric cars do not come cheap. A Tesla roadster goes for just over $100,000, according to the Tesla website.

Even for less sophisticated “economy” models, the average price tends to sit at around $40,000, based on Consumer Reports. The census bureau states that the average American household income barely exceeds $55,000 so how can a majority of people afford the current high priced electric cars?

Our Mission is to Build and Sell Exhilarating, Safe, and Affordable Electric Vehicles for the Masses.

The Ampere Motor team consists of passionate and highly experienced car designers, engineers, and race drivers. Our Co-Founder Tony Chan has been a car fanatic all his life. He started waxing his neighbors’ cars for pocket money when he was seven and repaired classic cars to pay for his tuition and expenses when he was at UCLA. He then worked as a software engineer at Microsoft and built race cars on the side. Tony then left Microsoft to start his venture in product design and manufacturing; he successfully supplied various product lines to large national retailers such as Sears and Lowe's.

Tony and his partners started the Ampere project more than four years ago to design and build green, affordable, and exciting vehicles for everyone to enjoy. Currently, Ampere is working with world-class designers and engineers from the same institutions from which the designers of Audi, Mercedes, and Ferrari designers come.

The body of the Ampere Roadster combines vintage race car elements as well as futuristic curves and lines. Even the Sharks on Shark Tank said it looked amazing and everyone who sees it will most likely want to get behind the wheel.

Some of the first vehicles to hit the market at the turn of the 20th Century were three-wheel roadsters. Today Ampere is putting a 21st Century twist on that model, creating sporty roadster convertibles that look like they belong on an Italian racetrack. Registered as motorcycles, they only require a regular driver's license to operate.

Our three-wheeler offers up to 160 km of range in its most basic configuration, while owners who wish to take more extensive trips can upgrade to up to 240 km. Regardless of battery life, the sprint from 0 to 60 mph takes about eight seconds, and top speed checks in at about 100-120 km/h (60-75 mph).

Recharging the three-wheeled ‘one’s’ battery takes about 5-6 hours when plugged into a regular household power outlet; about 2 hours via a level 2 charger. Once charged, the charge will last for up to 160 km before requiring another charge.

“We wanted to make an electric car that is affordable to as many people as possible, so we designed the ampere 1 to be simple and practical. at the same time, it’s also stylish like an exotic sports car and really fun to drive. our team has been driving race cars for over 20 years, so we use a lot of race car technology in this car. it’s built with a very strong and lightweight race car derive tubular chassis and a double wishbone suspension similar to that of luxury sports cars.”

Subject to change as we finalize mass production.

Investment
$63/share of Common Stock│When you invest you are betting the company’s future value will exceed $61.2M.

*All perks occur after the offering is completed.  All discounts are limited to purchase of 1 vehicle

How Do We Keep Prices So Low?

As explained during our appearance on Shark Tank, we designed the Ampere Roadsters to be simple and practical, similar to Henry Ford’s vision when he built the Model T. In addition, we have developed an innovative manufacturing and vehicle system. These require only a few million dollars for mass production and worldwide sales to begin.

Ampere Motor has already started production on chassis and powertrain components.  We are already more than 80% mass production ready right now, and our goal is to become profitable once our first run vehicles finish production later this year.  We believe this is an absolute first in this industry.

At launch, our initial low-volume gross profit margin should be at least 20%. Within two years, we anticipate high-volume profit margins of between 25 and 40%. Ampere has already received hundreds of pre-orders over the past few months and demand is only increasing.

With your investment, Ampere Motors will target fulfillment of our current pre-orders and further our goal of helping more people to drive toward (and for) environmental sustainability.

We Have Already Received Hundreds of Pre-Orders

When we showcase our Ampere Roadster, most of the people who it becomes excited enough to place one on preorder. As we want to make our roadsters accessible to as many people as possible, we are requiring only $200.00 for reservations.

The Ampere roadster is perfect for a city commute and weekend fun. Our vehicles are designed to look and do great at the same time, for an affordable price. The windshield will be standard and optional removable top will be offered.

What Early Adopters and Investors Are Saying

“Just paid the $200 deposit for my new car!!!! I think this is an amazing idea and would be willing to invest. How do I invest?”

“Do you have more info on your electric car...  Your car I think is better than Tesla a price point the masses can afford. Good luck. Love more info and if you plan to take your company public.

“Hi, I'm quite interested in your car. Two questions I have. Would I be able to invest in this company, maybe an IPO coming?

Also, could I buy this car with a windshield and roof option or is one at least planned and when?”

"I guess you could say this new car is positively ELECTRIFYING! In all seriousness, it looks absolutely fantastic for a vehicle that is much more affordable than most other cars on the market. Two thumbs up from this guy."

“The unusual vehicle (it will need to be registered as a motorcycle) on display was just a prototype, but it's one that the team has apparently been testing and driving for a year already. Co-founder Tony Chan said that what you see is 90-percent production ready and that the plan is to start building these trikes in the summer of 2018.”

Just How Big is the Market?

This is a fantastic beginning for growth. We’re even more optimistic about growth than the above numbers. Other companies, following Ampere’s footsteps by making electric vehicles more affordable and exciting, can speed up adoption among segments of the market that are currently priced out.

We want drivers of our roadster to stand out in their vehicles. We want them to stand out as a result of the cutting-edge design, and also because driving a vehicle that’s affordable and green makes an appreciable, positive difference for the world.

To date, we have pre-sold around 400 Amperes for $200.00 pre reservation, which translates to more than $4-million dollars in future receivable sales. This has all happened just in the past couple months since our initial launch.

This is just the beginning. As more people learn about our exciting, affordable, and green vehicle, we expect momentum to build.

With your investment, we can fulfill our current orders and begin the work of taking Ampere Motor to even grander heights. Again this is a first in the industry, and our goal is to deliver up to 100,000 Amperes within the next four years.  Invest in Ampere Motor today, and help us spark the next electric-vehicle revolution in the automotive industry. 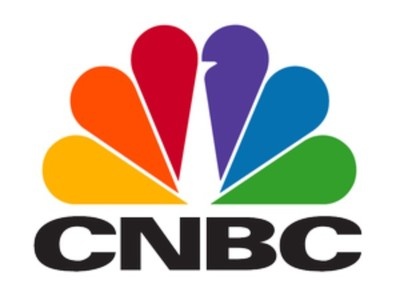 This firm says its electric cars will cost under 10k

Ampere Motor USA will make affordable electric sports cars — which you can purchase for less than $10k, says the company's President Tony Chan

*Maximum subject to adjustment for bonus shares. See 10% Bonus below

*All perks occur after the offering is completed. All discounts are limited to purchase of 1 vehicle

The 10% Bonus for StartEngine Shareholders

AMPERE ELECTRIC CARS, INC. will offer 10% additional bonus shares for all investments that are committed by StartEngine Crowdfunding Inc. shareholders (with ≥ $1,000 invested in the StartEngine Reg A+ campaign) within 24 hours of this offering going live.

StartEngine shareholders who have invested $1,000+ in the StartEngine Reg A+ campaign will receive a 10% bonus on this offering within a 24-hour window of their campaign launch date.  This means you will receive a bonus for any shares you purchase.  For example, if you buy 10 shares of Common Stock at $63 / share, you will receive 1 Common Stock bonus share, meaning you'll own 11 shares for $630.   Fractional shares will not be distributed and share bonuses will be determined by rounding down to the nearest whole share.

As you might know, Ampere Motor has exceeded its minimum funding goal. When a company reaches its minimum on StartEngine, it's about to begin withdrawing funds. If you invested in Ampere Motor be on the lookout for an email that describes more about the disbursement process.

As you might know, Ampere Motor has exceeded its minimum funding goal. When a company reaches its minimum on StartEngine, it's about to begin withdrawing funds. If you invested in Ampere Motor be on the lookout for an email that describes more about the disbursement process.

Notice of Material Change in Offering

Hello! Recently, a change was made to the Ampere Motor offering. Here's an excerpt describing the specifics of the change:

When live offerings undergo changes like these on StartEngine, the SEC requires that certain investments be reconfirmed. If your investment requires reconfirmation, you will be contacted by StartEngine via email with further instructions.