The COMPETE offering is now closed and is no longer accepting investments.

Our goal is for COMPETE to allow athletes to compete against anyone in the world, anywhere, anytime with just a smartphone. Our experience is enhanced by augmented reality to add the goal or target virtually to the playing field, all while growing a sports social network so athletes always have someone to play with. In the future COMPETE smart products will enhance motion data collection, allowing professional-level competition and wagering. COMPETE is a provisionally patent-pending idea that is being developed with water skiing as a test market based on our founder's 50 years in that sport.

COMPETE is a ground-breaking sports app with video game features enhanced by augmented reality (AR) that is at the threshold of a new era in sports play. Poised at the right time with the right product, COMPETE stands to revolutionize participation in all sports in the world's largest amateur sports league. The app aims to motivate people to get off the couch and try a new activity by providing the biggest motivator of action, someone to do it with (per the Physical Activities Council).  The COMPETE app will gamify real sports play, allowing people to measure their sports performances against their peers, providing benchmarks which will motivate them to play more and try harder. Find the fun of competition in every practice set.

The COMPETE app will leverage the 142 million people who participate in non-mainstream sports, a relatively unserved sports market of niche and outdoor sports, eventually expanding into mainstream sports at the non-professional and grassroots levels. It plans to create a league of weekend warriors looking to sharpen their athletic skills while getting the recognition and rewards they desire. Everyone can feel like a pro when they play. The app is designed to help people overcome the barriers to entry in each sport, such as cost, location, exposure, knowledge, and lack of fitness or motivation.

Because of the founder's 50 years of experience in competitive water skiing, this will be the test sport. Virtual slalom skiing will have many sports utility features pertinent to the sport. Better yet, COMPETE will add video game features to increase engagement when athletes can't get outdoors to play. As the app is further developed, it will leverage emerging augmented reality technologies for sports play, allowing users to be anywhere to play sports typically limited to specific locations or venues.

Investment
$0.26/share of Class B Common Stock│When you invest you are betting the company’s future value will exceed $1.92M.

*All perks occur after the offering is completed.

For details on the bonus, please see the Offering Summary below.

What We Have Accomplished So Far

We are a few weeks away from our August 1, 2018 launch of our first virtual sports app MVP, VSS Virtual Slalom Skiing. We have over 500 players pre-registered to be beta testers for the product.  Our product development documents and developer budgets are ready for funding so that we can have a fully functioning and enhanced COMPETE app 1.0 to the market by April 2019. We will use agile development to bring new features to the market every 4 weeks until the opening day on the app store.

What COMPETE intends to do:

How Our Products Are Different From the Rest

Mark Suster, passionate VC and mega-successful entrepreneur, said in TechCrunch, “The success of a startup is solving real problems.” Here is the list of problems COMPETE solves.

Problem one is limited resources and exposure for smaller sports. In our founder's 50+ years working in niche sports, she has found that most sports need ongoing grassroots development to introduce new players. All sports go through a lifecycle with an eventual decline in participation. When these sports are exciting and new they have momentum, TV time and exposure… Then some newer sport or activity comes along, leaving behind an entire tribe of enthusiasts with no one marketing to or for them.

As the world gets more digitally connected, creating a new generation of potential sports participants that are not playing and are stuck on the couch, COMPETE aims to bring sports and video gaming together in a whole new way, making new fans and players.

Problem two, according to the Physical Activities Council Report, the biggest barrier to getting people to participate in a sport is lack of someone to play with. COMPETE plans to introduce new groups of potential players to old and new sports by socializing them with a tribe of enthusiasts and always giving them someone to play with.

Problem three, in many cases, potential participants cannot afford sports play or do not live in a location where the sport is accessible. If they try a new sport, it is costly to measure their success due to travel costs and entry fees. COMPETE intends to promote sports competition to new potential users who never thought of playing these sports before, i.e., an inner-city kid learning golf by playing virtually at the closest city park using a smart club and AR goggles to see the hole of golf to play.

Problem four is the lack of personal motivation to get started or keep going. Research shows that if people are given a measure of success, they are more motivated to go faster and try harder. COMPETE is a way to change a player’s mind's eye, encouraging more participation by making it easier to measure progress.

Source: TED Talk, Emily Balcetis, "Why Some People Find It Harder to Exercise than Others", November 2014.

COMPETE plans to allow players to be able to compete against anyone, anywhere at anytime in real sports with no need to be in the same location. This makes every practice have the excitement of a tournament. For example, you could go swimming at the local pool and race against a friend somewhere else in real-time.

COMPETE plans to leverage AR technology using third-party AR goggles with our software to sync with the app. This would allow players to see the ski course, target, hole of golf, basketball hoop or any obstacle needed for play from any location.

Can you Imagine that the next time you practice your sport that you could call up a pro in real-time between practice sets?

Our Market and Industry

* These sports have been selected by COMPETE Co. as targeted sports in the first 4 years.

COMPETE has applied for a provisional patent for ideas and concepts that we believe to be unique and with no clear competitors at this time.  Peloton bikes, which allow people to compete in their homes on their stationary bike, is the closest concept to COMPETE, which generated $170 Million in revenue last year.  Accoding to Sensor Tower, other products that are tracking sports motion worth noting are the Nike+ APP, which has been very successful at tracking running data with over 56 million users; GolfLogic, which gives golf course play data with 317,628 users; Trace Snow Ski, which has 85,199 users and Blast Motion; Zepp Golf; WooSports; and Traceup. Fitbit measures health data but not necessarily sports health data, such as how many calories one burns waterskiing. There are many golf simulators and virtual golf experiences, but there are none we know of that are outside virtually creating a real golf experience in someone’s backyard.  We belive that adding the competition element, gamifying sports play and enhancing it with augmented reality is what sets COMPETE apart.

COMPETE has applied for a provisional patent, giving it an opportunity to be the first to market virtual sports competition with video game action using just a smartphone. The product will be free for basic features to encourage fast and viral adoption. COMPETE is based on scientific studies that indicate that creating measurable results will encourage more people to play.  Another competitive advantage of COMPETE is networking a large, relatively untapped market of non-mainstream sports, which is a sleeping giant. We believe that each individual sport cannot achieve what it can as a large group, and mainstream marketers are generally ignoring many of these 142 million participants.

What Makes Our Team Special

Vince Bahk is currently guiding the marketing of COMPETE with 15 years of experience in advanced marketing for digital businesses. Most notably, he was on the team that came up with American Express Small Business Saturday.

Greg Hayes is guiding the development process and has delivered award-winning products to market in the digital media, technology and gaming industries for a spectrum of companies – from multinationals, like Disney and British Telecom, to nurturing start-ups for sale to larger firms.

Kelley Woolsey is an exceptional lifestyle sports innovator. Formerly the CMO for O’Neill in the height of their success, taking the company from one million to 100 million during his tenure. He masterminded lifestyle sports branding of surfing.

Kris LaPoint is a World Waterski Hall-of-Fame Member. He has been innovating sports products for companies like Coleman, MasterCraft Boats and Orthotec Braces. Kris understands how to design and produce new sports products and bring them to market.

Alexandre de Gunzburg, who holds an MBA from Rollins - Crummer School of Business, is an advisor. He is currently an investor working with early-stage companies like Data Point Capital and Wexford Capital.

Invest in Our Company Today!

I Can COMPETE – Icons always begin with “I Can”.

We believe COMPETE will be a ground-breaking sports utility and gaming app with augmented reality (AR) enhancements at the threshold of a new era in sports play. Poised at the right time with the right product, COMPETE stands to revolutionize participation in all sports.

I can, but not without your help. If you would like to get on the ground floor of building the next big sports brand, don't miss this opportunity to invest today!

*The above are assumptions made by COMPETE CO from our research and based on data from Sensor Tower. 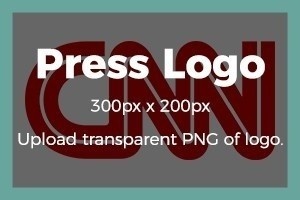 Write the Title of the Article Here

The Company might incur Irregular Use of Proceeds that may include but are not limited to the following over $10,000: Vendor payments and salary made to one's self, a friend or relative; Any expense labeled "Administration Expenses" that is not strictly for administrative purposes; Any expense labeled "Travel and Entertainment"; Any expense that is for the purposes of inter-company debt or back payments.