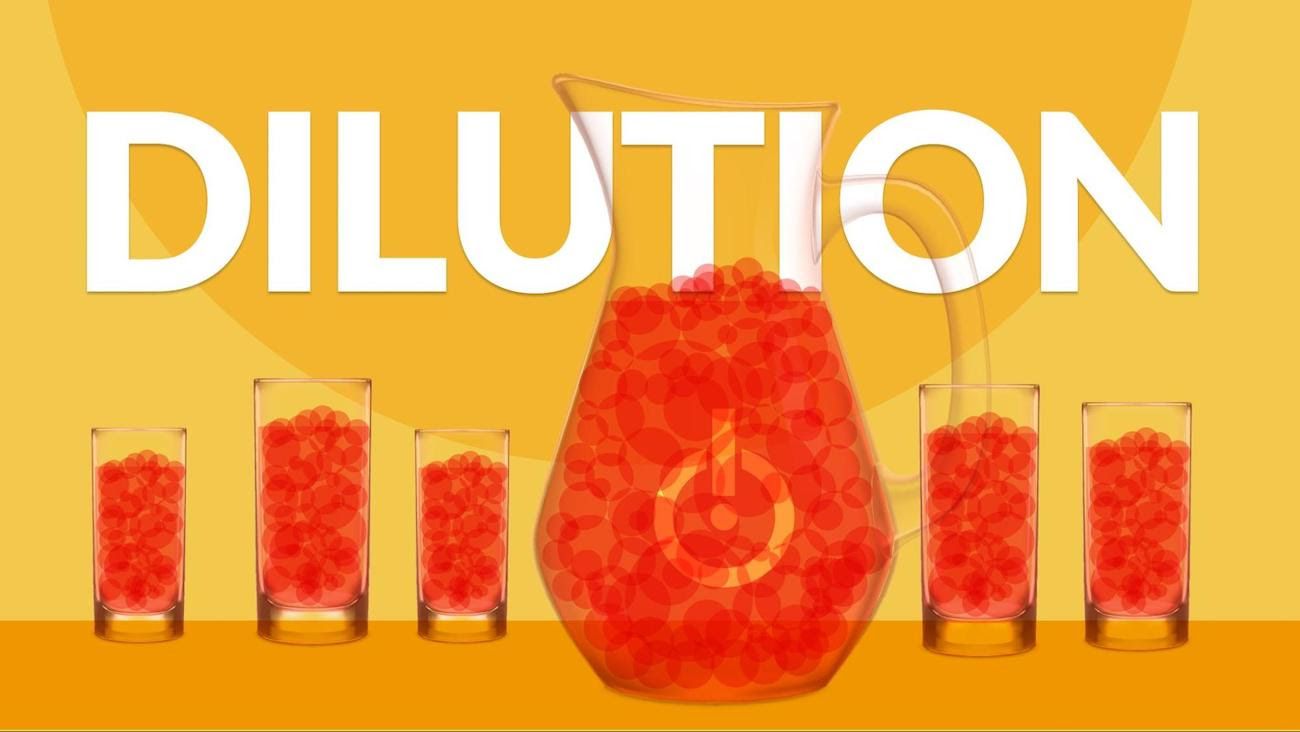 What happens to your investment if the company you invested in goes on to raise another round of funding in the future? If you plan to invest in a startup, one of the concepts you want to fully understand is dilution.

Dilution occurs when a company conducts another funding round in the future and issues new shares to investors. When the total number of shares held by all investors in a company increases, each shareholder ends up owning a smaller, or diluted, percentage of the company.

To help put this into perspective, the term dilution means the same in the financial world as it does in the world of fruity drinks.

Imagine a pitcher of cranberry juice. If you add water to your pitcher, you are diluting the concentration of the cranberry juice, but you can pour more glasses of juice from the pitcher.

A similar thing happens to your ownership percentage in a company as the company raises more capital from investors. Just substitute the cranberry juice for ownership of the company and the water for shares in the company.

Let’s say a pitcher of cranberry juice represents a company called Cranberry Company. Every shareholder in Cranberry Company gets a glass of juice from this pitcher. Some shareholders get larger glasses than others, depending on how much money they invested (more money buys a larger glass), but everyone’s glass is poured from the same pitcher.

As the company raises more capital by issuing new shares, water gets added to the pitcher, so the pitcher can fill glasses of juice for all of the new shareholders. In that process, the cranberry juice gets diluted.

So now when the pitcher gets poured into shareholders’ glasses, everyone has less cranberry juice in their glass (meaning everyone owns a smaller % of the company), but everyone still gets the same sized glass poured, based on the number of shares they own.

How Dilution Plays a Role in Funding Rounds

The reason you must pay attention to dilution is because startups typically conduct multiple rounds of financing, whether to reach a point of profitability or to finance accelerated growth. And with each round of financing, new shares are issues, which means percent ownership of all existing shareholders will be diluted.

So, the earlier you invest in a company’s stage of development, the more dilution you will have to deal with. For this reason, it is wise to learn the various stages of development a startup goes through.

The typical funding rounds include: Pre-seed, Seed, Series A, B, C and later rounds. Let’s walk through what this looks like in practice with our previous example Cranberry Company.

Let’s say the founders of Cranberry Company value their business at $1M in a pre-seed funding round.

This means that the company needs to issue 200,000 new shares in their seed funding round, bringing the total outstanding shares to 1,200,000.

However, while you own less of the company than you did previously, your investment in this example is actually worth more. You invested when Cranberry Company was valued at $1M, and the share price was set at $1. In their seed funding round, Cranberry Company set a valuation of $5M, so your initial investment of $10,000 is now worth $50,000 on paper (10,000 shares at $5 per share).

If the company grows and does well, then through each successive funding round, from Series A to Series B and beyond, your investment can actually increase in value even as the percentage of the company that you own decreases. However, that is not always the case.

For example, let’s say that Cranberry Company struggled to close their seed funding round. Almost out of cash, the company agrees to accept a lower valuation to raise capital in a bridge round and extend their runway for a few more months.

Cranberry Company raises $320,000 at an $800K valuation. Similar to the above seed funding round, the company issues 400,000 shares in this bridge round, but this time they are sold at $.80 per share.

Dilution can also happen when holders of stock options, which typically consist of employees of the company, exercise their options. A holder of a stock option has the right to purchase shares at a specific price in the future known as the strike price.

Once this happens, Mary’s newly purchased shares become new shares outstanding, and as a result, the ownership interests of all shareholders prior to the exercise of her options will be diluted.

When those notes convert, they will create dilution for shareholders in the same way that new issuances of shares do. One important difference between convertible notes and equity is that convertible notes can come with a discount on the conversion price, which has ramifications for dilution.

For example, let’s say you invested $10,000 in Cranberry Company during their pre-seed funding round, which offered convertible notes not equity, and those notes included a 20% discount rate.

Two years later, Cranberry Company raises their seed round. Same as before, the company sets a valuation of $5M and raises $1M at $5 per share.

The additional shares issued impact dilution for new investors while offering some protections for the upside of early investors by preventing their riskier investments from being valued equally to later, safer investments. Convertible notes can also include other terms, such as valuation caps or interest rates that can also impact dilution if and when the convertible notes convert into equity.

As a startup investor, it’s important to understand how future funding rounds can impact your investments. With this new understanding of how equity dilution works, head on over to StartEngine to discover new investment opportunities. 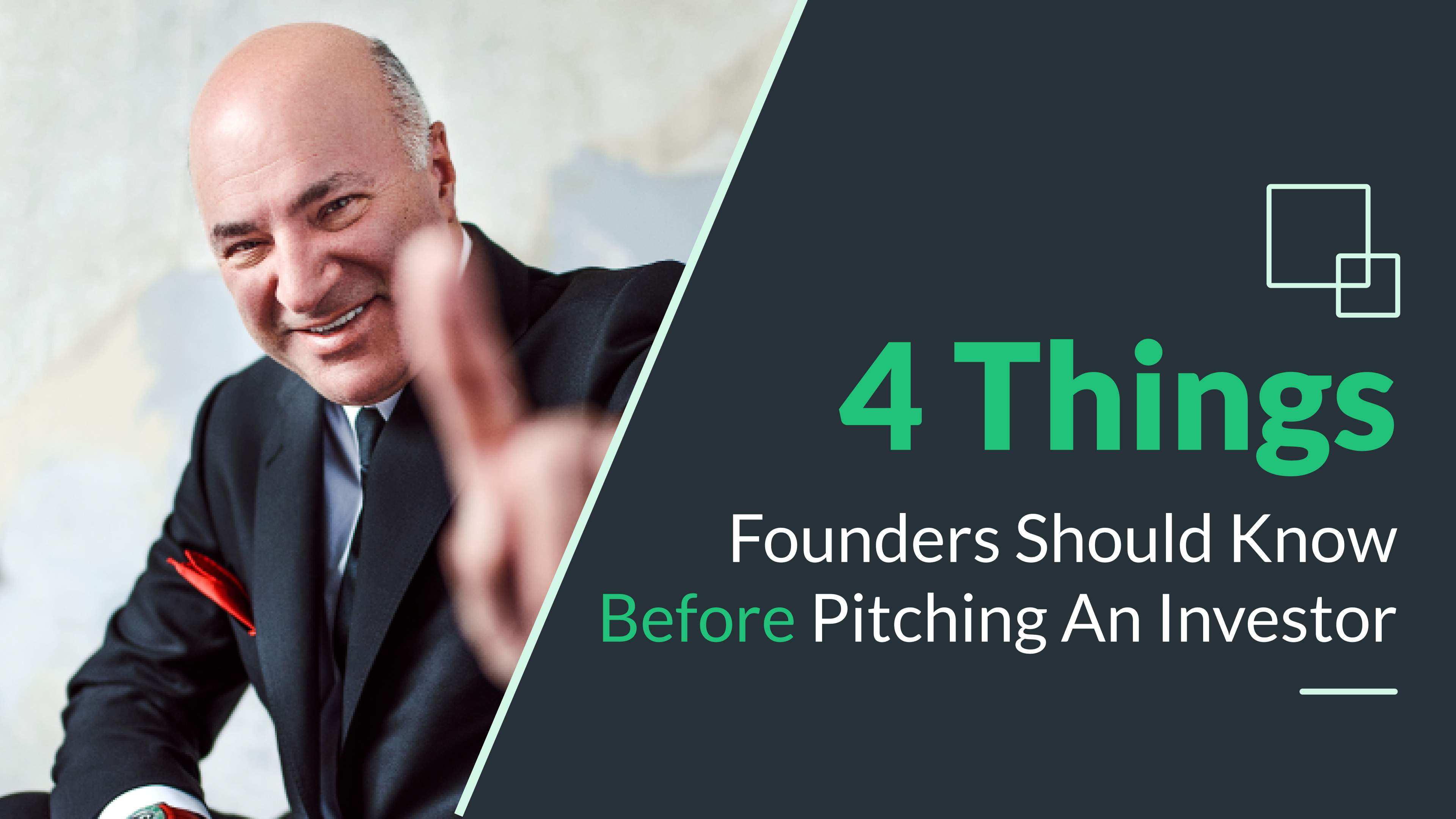