The Anyone Media Network offering is now closed and is no longer accepting investments.

Anyone Media Network is a Southern California corporation formed to produce a product called "YayWay".

Trademark and Patent: Anyone Media Network owns the Trademark for the name YayWay, and also has patents pending in the U.S., Europe, India and China.

Entertainment industry veterans and business magnates alike make up the formidable team behind YayWay.  Founded by musician / Platinum songwriter and industry executive Charles Simmons, YayWay plans to provide a streamlined connection between fans and their favorite celebrities (we call them influencers). Our vision is for YayWay to become known as the trusted social network with the real Influencers.

"With your help, YayWay can be THE PLACE".

$0.10/share of Common Stock│When you invest you are betting the company’s future value will exceed $15.5M

$500+ —a Yayway Travel mug and a custom embroidered YayWay hat.

$5,000+ — a choice between an embroidered  duffle bag or an embroidered 15in. Laptop briefcase bag, an embroidered YayWay hat, a YayWay Travel Mug, and a personalized signed picture by NFL Hall of Fame Quarterback Warren Moon.

$10,000+ — a football  and a personalized picture both signed by NFL Hall of Fame Quarterback Warren Moon, and a choice between an embroidered  duffle bag or an embroidered 15in. Laptop briefcase bag, an embroidered YayWay hat, and a YayWay Travel Mug.

*All perks occur after the offering is completed.

At YayWay, it's our Mission to change the way we communicate with those who inspire us. By building a world of better media, and by allowing influencers & their fans to directly connect and fully express their creativity together, we hope to inspire others to do even greater things.

With social media and the content that drives it reaching new plateaus, the number of channels out there claiming to be “celebrity (influencer) resources” has reached ridiculous levels.

The harsh reality is that nearly all of these pretenders offer false information – with some even built to scam and steal from their followers. This huge gap in fan-celebrity interaction is the pain in the marketplace that is the impetus for YayWay.

With so many new channels and sources for content, how do fans know they have an authentic connection? How can fans engage and gain access to everything they love when it is scattered across 20 channels?

The Problem for Fans

The Problem for Influencers

Scammers have been copying celebrities' identities and websites. This has caused problems for fans who want to follow their favorite celebrities and influencers. Yayway's goal is to provide a solution to this problem.

Above, legendary professional golfer Ricky Fowler addresses his followers on Instagram, warning them about an imposter account that using his good name to scam unwitting fans.

Cybercriminals consistently take advantage of consumer interest around award shows, new movies and TV shows as well as the latest cultural trends driven by celebrities. These criminals capitalize on the public’s fascination with celebrities in order to lure the public into sites laden with malware. This year, searching for a celebrity name coupled with the search term “free app download” resulted in the most instances of malware-laden sites.

“Today’s consumers often are completely unaware of security risks when searching for celebrity and entertainment news, images and videos online, sacrificing safety for immediacy,” says Paula Greve, director of web security research at McAfee. “Cybercriminals prey on consumers’ addiction to breaking news and leverage this behavior to lead them to unsafe sites that can severely infect their computers and devices and steal personal data.”

Tim McGraw, Trace Adkins, Luke Bryan and other famous names have been used by scammers. Many fans have shared recent encounters with scammers masquerading as popular country superstars with us on Facebook.

For example, Lisa wrote in to say that she’d received a couple of these messages earlier this week: "I have had several Facebook friend requests from ‘country music stars’ [saying] that I had liked their FB page. One was supposedly Tim McGraw, and the other was supposedly Trace Adkins. They thank me for being a fan, develop a little conversation, then tell me the security company they have been using is closing, and they need a dependable person to receive and hold their briefcase."

"Said briefcase allegedly contains a HUGE sum of money, concert tickets, etc… The briefcase will be delivered to me via a courier service, and I must pay the fee to get the briefcase, which will be returned to me tenfold. The fee? $800+!!!!!!! Please let people know. I notified local law enforcement who didn’t care. The [scammers] actually got very ugly when I refused."

While Lisa’s experience shows that the names of Tim McGraw and Trace Adkins are reportedly being used by scammers, it isn’t limited to those two country stars. Nor is this kind of scam a new thing.

As far back as 2012, Luke Bryan took to his Facebook page to warn fans about fake profiles that crooks were setting up in his name: “Hey y’all, PLEASE SHARE THIS! I just want to let everybody in on something. There have been a lot of issues with fake Facebook profiles of me. This is the only profile I use for correspondence. I don’t have a personal page. If you are friends with another Luke Bryan, unfriend them and don’t believe any of the messages.”

With so many new channels and sources for content, how do fans know they have an authentic connection? How can fans engage and gain access to everything they love when it is scattered across 20 channels?

I, Charles Simmons, went online to search for myself and my content only to discover there where many fake doppelgangers out there. There were many people with the same name, a couple of people pretending to be me, and several people auctioning off and selling my music without my permission. I began pondering what I could do to stop and change this.

That was the moment I began to formulate in my mind the artist / fan collaboration idea. I wanted to find a way to personally reach and engage with my fans in a real way, with a personalized and true connection. I wanted them to know it was really me, I wanted them to know the true places to purchase my music, my merchandise, my events and I wanted them to be aware of the scams. After watching increasing numbers of fans being fooled by fake concerts, and “Insta-Scam” profiles being posted, my partner Bill Shook and I knew something had to be done.

Let's find a way to eliminate fans being scammed, or getting caught up in a money scheme by someone pretending to be their favorite celebrity, athlete or brand.

Our Vision Is For YayWay to Be A One Stop Social Media Network Platform Where Friends, Fans & Influencers Can Create, Collaborate, Inspire and Connect.

The Solution for Fans

The Solution for Influencers

No Celebrity or Influencer Is Immune

Chris Pratt had to warn followers about a 'pervy dude' impersonator.

YayWay has a great opportunity to succeed because social media use is not decreasing, it is escalating.

We live in a celebrity-driven culture that generates a sense of access to famous people through social media channels. This has the potential to be a virtuous circle: the better engagement celebrities (influencers) have with their fans, the easier it is to bring issues to celebrities' (influencers’) attention, thereby making it easier to find out when they take action.

With social media and the content that drives it reaching new plateaus, the amount of channels claiming to be “celebrity (influencer) resources” has reached ridiculous levels.  The harsh reality is that nearly all of these pretenders offer false information – with some even built to scam and steal from their followers.  This huge gap in fan-celebrity interaction is the pain in the marketplace that is the impetus for YayWay.

YayWay's one-stop platform offers celebrities an aggregated source to deliver information to their fans, and it gives fans assurance that they’re getting authentic info and an authentic connection to their favorite Influencers. YayWay will try not to allow fake news, extremist messages, fake doppelgängers or pornography.

Version 1.0 of our app is currently live in the App Store, but we're really excited about the completely redesigned version that's coming soon... 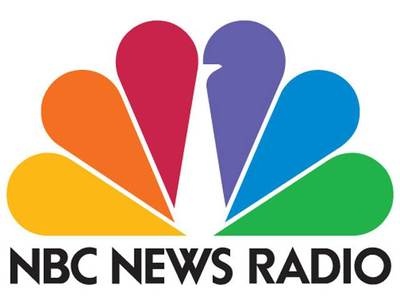 The Financial Wake Up Show with Daniel Choi

*Maximum subject to adjustment for bonus shares. See 10% Bonus below

$500 —a Yayway Travel mug and a custom embroidered YayWay hat.

$5,000 — a choice between an embroidered  duffle bag or an embroidered 15in. Laptop briefcase bag, an embroidered YayWay hat, a YayWay Travel Mug, and a personalized signed picture by NFL Hall of Fame Quarterback Warren Moon.

$10,000 — a football  and a personalized picture both signed by NFL Hall of Fame Quarterback Warren Moon, and a choice between an embroidered  duffle bag or an embroidered 15in. Laptop briefcase bag, an embroidered YayWay hat, and a YayWay Travel Mug.

*ALL PERKS OCCUR AFTER THE OFFERING IS COMPLETED

The 10% Bonus for StartEngine Shareholders

Anyone Media Network, Inc. will offer 10% additional bonus shares for all investments that are committed by StartEngine Crowdfunding Inc. shareholders (with ≥ $1,000 invested in the StartEngine Reg A+ campaign) within 24 hours of this offering going live.

StartEngine shareholders who have invested $1,000+ in the StartEngine Reg A+ campaign will receive a 10% bonus on this offering within a 24-hour window of their campaign launch date.  This means you will receive a bonus for any shares you purchase.  For example, if you buy 1,000 shares of Common Stock at $0.10 / share, you will receive 100 Common Stock bonus shares, meaning you'll own 1,100 shares for $100.   Fractional shares will not be distributed and share bonuses will be determined by rounding down to the nearest whole share.